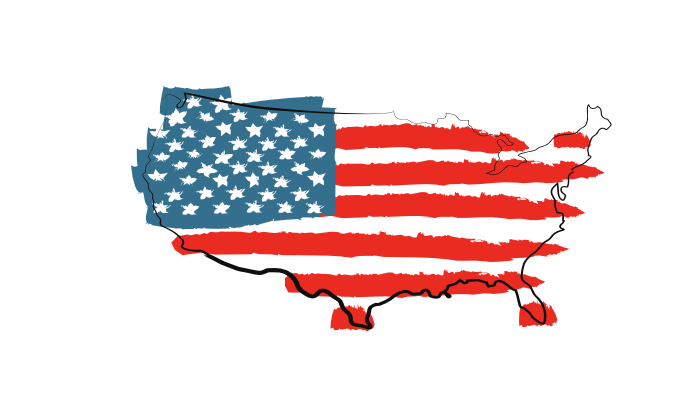 (Originally posted on LinkedIn on 12/17/2014, and removed mid Feb 2016.)—
We all know that stealing is bad. And in business if you steal a company’s or person’s idea, it can cost dearly. When one deals with fundamental science, it is different though.

People who are “fund-favorably” positioned can take someone’s innovative idea, get the tax-payers’ money from the USA funding agency, and leave the innovator penniless and even unemployed. Also unacceptable is the fact that the program managers who take sides are often a part of this “Ponzi scheme” too.

Is this what represents American values?

Are these what the USA government and its institutions stand for?

Here is a case, and let us cure the system together.

Starting in 2009 I worked on electric field generation by driven waves (I named them so, since I showed an existence of such waves in the plasma when there is an inhomogeneous background). In 2012 I published work (Link) that these waves are unique, and even in the Ideal plasma case (when nothing much was expected according to existing theories) they can generate reconnection strength electric fields along the background magnetic field. (The reconnection is a very powerful process).

In the paper I showed that these waves can generate very strong, non-zero phased averaged electric fields capable of heating and energizing the particles. This never before known property makes them unique and applicable to many space, solar, magnetosphere, ionosphere, and laboratory plasma applications.

One of the applications is a POWERING of the solar wind – the hot plasma escaping from the Sun and interacting with our Earth’s geo-space, thus having profound effects on our space infrastructure (research and military satellites, communication satellites, etc.) and on our lives.

As indicated above, I published my work in the scientific journal in 2012 (though it was submitted early 2011, and I had numerical simulations done even long before). I also first proposed to incorporate, these never before considered effects in the solar wind model (NASA LWS 2013). At that time, I worked for a company on implementation of scientific programs for the government’s future weather satellite (GOES-R) products, and my work about driven waves was done on my own time without any support from any governmental institution.

I submitted 5 proposals in 2013, all based on my own discovery, and two of them were about solar wind modeling. NASA and NSF denied my proposals (NASA LWS 2013 and NSF SHINE 2013). I could have lived with it, if it were not for one disturbing fact. Groups, I do mean groups, funded by both of these programs and other NASA, NSF, AFOSR, etc. programs are taking my work and my other works related to these waves piece by piece.

NOTE. I had two proposals submitted to NASA’s Living With A Star 2013 program. Here is a link about what happened to the second one; the story is nothing less but a disgrace of science.

Scientists, who do modeling (their work is financed by various US government institutions, i.e. by the tax-payers money) are taking the physics (those terms I showed to be important) and including them in their models.

NSF SHINE 2013 gave money to one such group from the University of Michigan to further develop its existing model (something that was originally developed with $4m seed money from the U.S. governmental institution). When at American Geophysics Union (AGU) meeting 2013 I saw people including my physics, I contacted the program manager, Dr. Roussev of NSF (who was at AGU, but did not even bother to come to see my work, which was related to two of my proposals that he rejected a month earlier), and Dr. Morgan (NSF). I asked them, something that I had never done – “please review your decision, and do not kill good physics?”.

– After a repeated request – Ilia told me “not to bother him” until early 2015. This was happening in December 2013! Did he already know who and what needed to be funded in 2014!. I can only guess. Ironically, when he told me this I was unemployed.

NOTE: I do not know, and cannot say that SHINE grants awarded by Dr. Roussev to Michigan and Hawaii (both places where he worked before) has anything to do with his personal preferences, but is it too much to ask that the groups to which he gave or will give funds do not steal my physics?

NASA has a number of models. Here is a link to some of the models (groups listed below heavily represented there): http://ccmc.gsfc.nasa.gov/models/models_at_glance.php

So far, I’ve seen groups including the Reynolds stress terms (my work showed their importance because of the generated gradient-proportional-amplitude-waves I discovered; See my proposal) in the solar wind model.

– University of Michigan: “Alfvén Wave Solar Model (AWSoM): Coronal Heating” by van der Holst, B.; Sokolov, I. V.; Meng, X.; Jin, M.; Manchester, W. B., IV; Tóth, G. and Gombosi, T. I. (only work that mentioned some of my and coauthors’ works about why gradient proportional terms are important.)

All these works have a “numerical” person as a lead author! (and 2 or more coauthors). Only Michigan group’s paper indicated why those terms are important and why they added those terms.

One group replied back saying that they included these terms because “they are in the general MHD equations”. It is true – this physics is in fundamental equations. So are Alfven waves; and scientists in 40s had a different ethical criteria to acknowledge the discoverer.

Predictive Science Inc., which gets funds from many governmental sources (NASA, Air Force, NSF, etc.) for their model primary, which now seems to be better with Reynolds terms included, did not reply.

Which of these authors did what individually in those papers, I do not know. I am just providing the facts.

I do not know what will be the USA governments and its educational institutions’ position, but I know that they are there to serve this nation.

Yes, I had many reasons to be disappointed for the last 17 years and I want the agencies to look at it. It is not right to force the innovator from the field and the groups (and I do mean groups) that were well paid in the past to take my work and continue to be funded by the tax payers’ money.

And no mater from which side you look at it , it is not healthy that I talked about this new physics and its application(s) to 100+ scientists over the last two years alone and I still have to find someone who honestly acknowledged my work. And I found that some who I communicated with are doing numerical work and including background variation proportional terms in the models and simulations and making “breakthroughs”. You can guess that they are not even acknowledging my work.

Well, often this IS today’s American Space Physics. This is what I have seen and believe to be the case – scientists close to the funds – really special ones with an indulgence from funding program managers, can “pick up” someone’s theoretical work and enjoy its benefits.