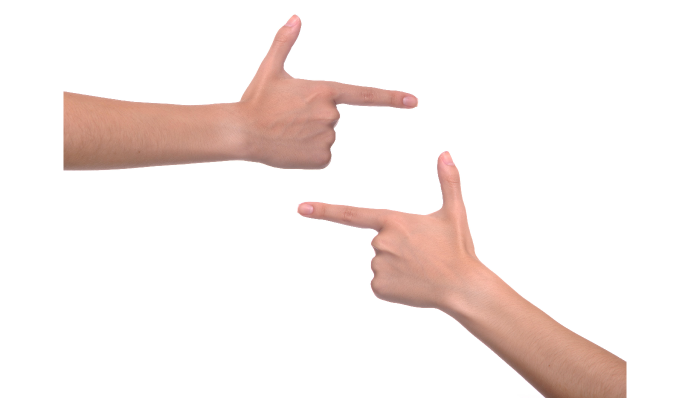 This post is not political. It is about specific people. Yes, it also involves Vladimir, but it is about electric field and waves that can accelerate particles. This topic is “NASA’s Van Allen probes & Electron Acceleration” and people are the authors of the article: “Direct Observation of Radiation-Belt Electron Acceleration from Electron-Volt Energies to Megavolts by Nonlinear Whistlers”, by Mozer, F. S.; Agapitov, O.; Krasnoselskikh, V.; Lejosne, S.; Reeves, G. D.; Roth, I.

Here is R&Dmag.com reporting about this breakthrough work.

I cannot talk about all authors. Only the ones who are leading this research and I believe 2 of them are directors of their institutions and one is a group leader at Los Alamos.

This is also a topic that President Obama gave a medal to the young professor Yuri Shprits from UCLA for in 2011. Prof. Shprits did/does simulations of this important problem. I can only salute the young professor, but it has to be noticed that if someone was showing the actual physics theoretically and how it works starting in 2009, and communicated with scientists in the field (even before the Van Allen mission was launched!), and none of them even mentioned such physics in their work, what can be said about such scientific organization and such scientists?

What is more beneficial for the country and space science:
1. Understanding the physics of what is behind the observed phenomena, or
2. Paying millions to people who collect the data and compare it with simulations?

What is the main objective? Why are we spending billions on such missions and science?

Here is a link to a post about my NSF proposal I submitted about this topic, and a link to an article about whistler wave generation; This topic is also related to my AGU 2012 and AGU 2013 presentations.
Either the situation that I am writing about here is a joke or people are a joke – you be the judge.

One thing is certain – the country is milked by “political”scientists, insider game playing scientists and project managers, and people who are supposed to care about taxpayers’ money, who do not even pay attention to cases like this.

The fact that I will be describing here is a common place in the USA Science. To see that the reader can read my posts about how such game was already played on me in 1. solar dynamo community, and 2. solar coronal physics community.

After the university I spend only a short time in the remnant of the Former Soviet science system in Georgia and saw how people were fighting for the money. I was pushed there from science, but I also understood that it was a fight for existence. The situation in the USA is quite different.

Until very recently, when I thought about my experiences in the USA Space Science, I often thought “how screwed up the Soviet science system had to be to lose spatial scientists such as those whom I had dealt with in the USA” (not all scientists of course, and I know that scientists did not lose the cold war, but still … I wondered). For more than a year now I’ve found my answer.

I met Vladimir Krasnoselskikh more than a decade ago. He often dived deep in his presentations to present the author(s) who first derived this or that equation. Thus when I talked to him about my new work (a new mechanism of electric field generation) at the American Geophysical Union 2012 meeting, I did not worry. I even asked if he had money and we could do something together. One year later at the AGU 2013, before I even mentioned anything, he threw at me that “we submitted 18 papers this year”. Later I checked and most of them are about the electric field generation in inhomogeneous plasma and particle dynamics in such fields, and NONE of those papers mentioned my physics.
And now I see him publishing work with people from the University of California, Berkeley, with whom I communicated for years about the electric fields, double layers, and particle acceleration. Early emails that I can trace are from 2009 and NASA’s Van Allen mission was launched in 2012!

Every contact I made with Vladimir since December 2013 was never answered. This is a reason I want to ask him publicly:
“To your question about the submitted papers what did you want me to tell you, Vladimir?”

For years I communicated with people involved, or later involved in Van Allen probe research. After realizing that the new types of waves I discovered can be important in the magnetosphere I was looking for existing studies and collaboration. Here is a note that Dr. Lotko gave me in 2008 (SHINE meeting in Utah, Summer 2008) when asked “where to start my search”. (pic)

Since then I communicated with Dr. Chaston (collaborator of Dr. Mozer) and I still had to see this guy answer something straight (and he is not alone, even in the Van Allen team). Forrest and his collaborators do not acknowledge the physics that I wrote to them about and proposed to explain the process of. (And I started this problem related particle simulations in 2009!).

It is disturbing that Dr. Forrest Mozer is an innovator and well known scientist himself, and holds a number of patents. Thus he values his innovations and work, and probably knows that innovation requires knowledge and hard work.

What about the fellow scientists’ work, Dr. Mozer?

I gave science everything I could, and to my question “if you do not understand my JGR work, I can come to your institute and talk about it” I expected a different answer, not that of ignoring!

Neglecting an innovator and probably keeping him away from funds! (I do not know who reviewed my NSF or DOE-SNF proposals, but published work needs to be acknowledged.) Is that what scientist are paid to do?
Dr. Waygant (Van Allen instrument scientist) is a shining example of the data scientist who seems to be collecting data for “his friends”; I forgot how many emails I sent him, and I even met him in person. He has no interest in understanding that my physics can be used to explain the electric fields that his instruments measure or if my physics can explain Van Allen science. I still have to figure out where Dr. Daniel Baker stands, and Dr. Mona Kessel (Van Allen probes’ Program scientist) and many other scientists – who declared the Van Allen Mission a success –and shut their eyes and ears wide to anything I communicated.

It is a shame that the U.S. science system supports people who do not want to hear any progress in their work if it is not coming from the right person and can ignore anyone and anything that can potentially explain the physics for personal benefit or any other reason. I can bet anyone that I did not even earn these peoples’ yearly salary during my first 6-7 years in the USA combined.

I first talked to Los Alamos National Laboratory (LANL) scientists about the electrostatic Rossby-type plasma waves in the Earth’s magnetosphere in 2006 (these are waves that can effectively interact with particles).
LANL magnetosphere community, which studies the electron acceleration in the radiation belts and works on waves in the magnetosphere (numerical simulation – this way one can steal, and not acknowledge where the theory came from, I guess), is so involved in their models and simulations that the physics that might explain things and does not come from them is left unnoticed. I do not know what needs to be done for them to acknowledge my work.

When I contacted their leader, one of the authors in the abovementioned study Dr. Geff Reeves, in early 2014 and offered to come down and give a seminar if they did not understand something in my physics, the response I got was that “… unfortunately, not being a university, we do not have funds to invite speakers, but if you are coming to New Mexico for other reasons, please get in touch.“ And ironically, I was unemployed at that time. I guess it will be a while, if ever, before they will acknowledge outsiders’ work.

P.S. My first magnetosphere proposal to NSF was submitted in 2007. Dr. Baker, then NSF program manager, was not even picking up the phone to talk to me. (people have people to feed and in return have a guaranteed nice retirement, I guess). Driven from science I had to support my family, and was only able to publish the physics about electric field generation and its effects on particles years later. I do not think that Dr. Baker cares about this though: he retired, got all the benefits he expected to get from the U.S. government, and even seems to be doing fine after retirement – he even got a grant from the NSF! (you scratch my back and I’ll scratch yours). This is the power of “collaboration”.

Was it not better to have a deep understanding of physics before the Van Allen mission was sent for? Is it not a financial loss for the country? And if it is, why are people who did nothing to avoid this, or hold their positing and benefiting from physics they copied, always benefiting, while millions of hard working Americans are strapped the benefits that they earned?