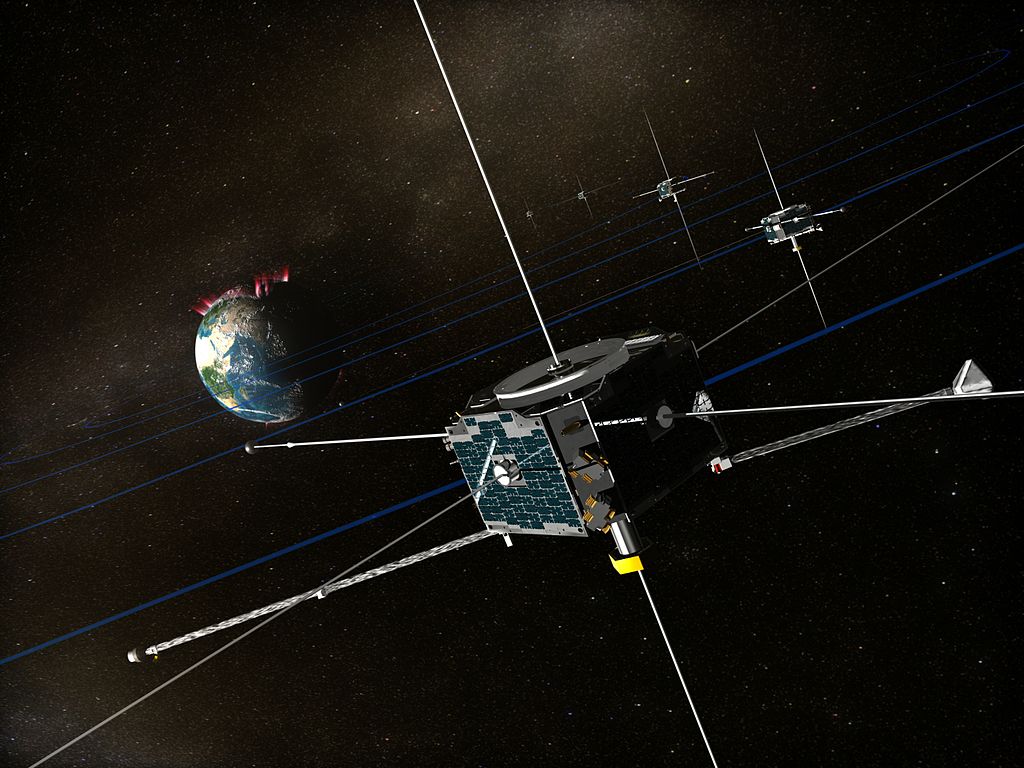 In early 2013 I submitted a proposal to NSF’s magnetospheric program about waves that could effectively accelerate the electrons (aka “killer electrons”). It was based on the waves I discovered and showed that they can generate non-zero phase averaged electric fields comparable to ones during the reconnection (the magnetic reconnection is a powerful energy release process).

After a few months the program manager, Dr. Ray Walker (NSF, UCLA) told me that the proposal was declined and promised me to send the reviewer’s comments later that day. Since his other NSF program submission window was opening soon, I needed to know what was wrong with my proposal which was only several pages long, and was based on my original published work. I was requesting 4 months’ funding (during 1 year project time).

The Story Number One

What happened next was very strange. I did not receive anything. After some time I reminded the project manager of his words. This time there was no promise, but an explanation that it was not up to him and he did his part. Just to understand the procedure, I contacted another NSF project manager, who I barely knew, and asked about the rules. As he told me (and it seems NSF managers can see internally where things stand), my proposal review files needed “the click of one button” to be released(!) and he comforted me that I would get them soon.

Time passed. After no show I sent the email to my program manager. The same answer. After two weeks I called him and got the same answer. More than 2 months passed and I was still waiting for the reviewer’s reports. The point was that I could not (for reasons that I explained to Ray) submit the proposal to the upcoming program while no official decline was received.

I again called another manager and told him about this problem. He was surprised and said that he would talk to Dr. Ray Walker. In 20 minutes – literally – I got my reports. Unfortunately it was just a week before the GEM program submission. My former employer was expecting a government funding cut and thinking about letting some people go. Thus I was not allowed to resubmit my grant.

Despite knowing that I would be unemployed I went to the American Geophysical Union (AGU) Conference to talk about my work (spending my vacation time and personal money). While unemployed, I also had three seminars about my AGU work at the Universities in New England. One of my hosts, the director of the institute at one of the UMass, who works in the same field, was especially interested and had specific questions. He could have answered most of the questions himself since my work had analytical solutions, but still, his interest was very much appreciated.

Ugly Fact Number 1: On AGU 2013 I met Dr. Walker and I tried to explain how the waves, I showed that existed were important in the magnetosphere. He did not come to my work, but I thought he understood my the importance of work. Thinking about it now, the only question he asked and was really interested in was how I knew the NSF manager who talked to him, and probably made him send me reports.
NOTE: Maybe he did not make [or should it be ‘meet’?] him and this is was just a job training of the highly ranked NSF manager who forgot what to do. Then, in this case, other people in the same program must have had the same problem. How can I find this out? I do not know. On the other had, does the U.S.A. government not monitor/check such activity, when a person is entrusted with millions of taxpayers’ money? I think so, but I cannot find a way to send a request. Please suggest if you know the way.

Ugly Fact Number 2: During the lunch before giving a seminar about the topic in February the director of the institute who invited me (who, incidentally, worked at UCLA before) told me that “you write a proposal and you want to propose a solution to such problem as ‘killer electrons’. What do you think so many people are doing”.
Good advice, right?

Well, he also said that my proposal was “only 5 pages”! My question how he knew about it went unanswered. This combined with questions about physics that he could have had answered seems to be an odd combination, doesn’t it?

Ugly Fact Number 3: I discovered the non-zero electric field is generated by the driven waves 5 – 6 years ago. During this time I contacted most of the people in the magnetoospheric community in Colorado, Berkeley, UCLA, LANL, NASA, NSF, etc. and asked and talked about the process and my work. After publishing my work and sharing the information none of these guys ever showed interest, asked any questions, or mentioned it. (There were a few exceptions, and I very much appreciated them).
And many of these people are the ones who often publicly discuss this physics and its societal impact on NASA’s and NSF’s public outreach or worldwide circulating publications.

Ugly Fact Number 4: Are the people who I have contacted and written to the ones who killed my proposals? I do not know. All I know is that Dr. Ray Walker’s program continues funding mostly the same people that Dr. Baker (previous NSF manager) was funding.

The majority, if not all, of the funded magnetospheric proposals is about the waves and wave transformations that can effectively interact with particles. And people who argue the field’s importance and individuals who are well funded showed little interest, more correctly, as I see it, literarily ignored my work about never before considered new types of waves that the field was looking for. (Electric fields are important, if not the most important part, in magnetospheric physics. and as I mentioned, the waves I discovered were generating a strong electric field.)

Ugly Fact Number 5: The response I got from NSF Project Manager when I complained about unfairness of the reviewer’s reports was: “Magnetospheric community does not expect the solution to come from linear waves”.

What? Really? I published the work that gives a reconnection strength’s non-zero phase averaged electric field even in the ideal MHD along the background magnetic field that no one or no book mentions existed, and you are telling me that “people in the community” prefer to close their eyes?

Is this not a typical Soviet (at least how it’s always portrayed here in the U.S) style argument that uses masses to hide real motives?
So what were Dr. Walker’s real motives? I do not know. But I want to know.
And I also want to know whether our government deals with and examines every case that can potentially look like abuse of the taxpayers’ money.

Unfortunately I found no organization that deals with corruption in scientific organizations like NSF , NASA, etc.  with such cases. It seems, at least at this stage, that the government worries less about the proper use of billions of taxpayers’ money than those, even tiny, companies that have Big Data people.

Do you think that it is too much to ask the U.S. government or legislature that its branches responsible for the U.S. science know and analyze every detail, literally every “click” as it is in the industry, about what really happens behind the panel doors where the distribution of funding is decided?